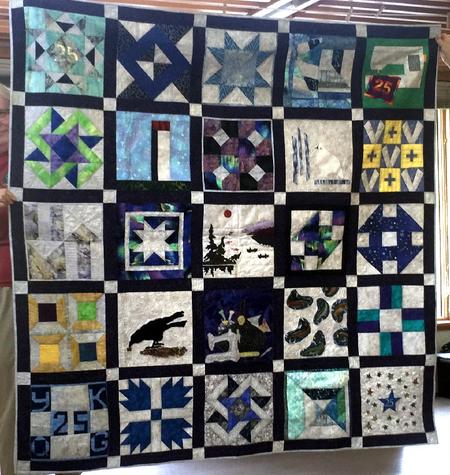 ​​Our guild started in 1989. Janet Sanders gathered 6 interested quilters, who started meeting in each other's homes. When Janet gave a class on a sampler quilt, the baby guild began to grow. Over the years, we have made a lot of progress. Like our city, we have grown and changed. Members come and go, but quilting still thrives.

Blocks for our 25th Birthday Quilt were sewn by members. They were put together by Liz and Arlene. Liz did the free-motion quilting.